Curated by María Wills Londoño,
in collaboration with
Audrey Genois and Maude Johnson

The Life of Things 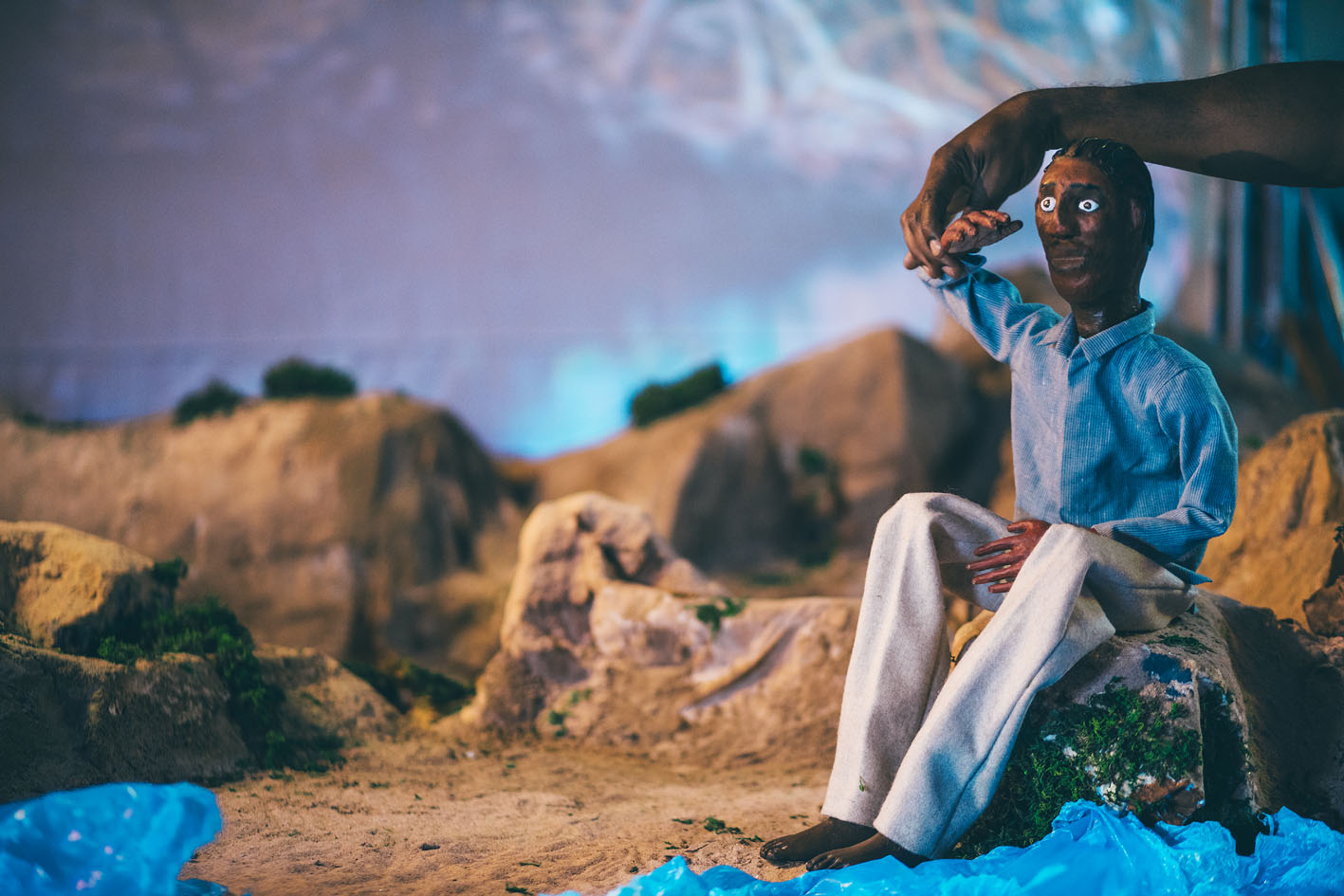 Under the theme The Life of Things, MOMENTA 2019 explores the nature—or even the personality—taken on by objects conveyed through images. Through the eyes of 39 artists from 20 countries, the biennale examines the economic, social, and cultural contexts in which material production is prevalent. With respect to the issues of consumption that characterize the contemporary world, these thingified objects are given dizzying visibility even as, ironically, they are rendered invisible by boundless accumulation. For its 2019 edition, the biennale brings out universes that are constructed between individuals and their environment, highlighting transferences that take place between subject and object.

MOMENTA transcends the polarization between the symbolic and the functional in the economies of the object. To this end, the biennale’s four thematic components offer different ways of imagining the relationships between human beings and objects. Encompassing a variety of ideas tied to questions of consumption, these components intersect in various ways to shed light on the works shown. They allow us to envisage the complexity of the connotations and resonances of things in contemporary societies.

An object’s meaning derives in large part from human action and from the utilitarian or symbolic significance attributed to it. Material culture is founded on the relationship that societies have with the objects that surround them, whose complex legacy is revealed in their roles within religious and spiritual belief systems, but also, more broadly, in the belief in consumer products.

“Sacred” objects outlive the people who pass them on to the next generation. The transmission of an object may be the only trace of a given existence. Understanding of the past and of ancestral cultures relies, in part, on the objects that they are associated with and their representation. These elements are bearers of memory; they inscribe the past in the present and the future. Objects become catalysts of identity, encouraging a sense of belonging to a particular group or community. Moreover, cultural objects are also products of the consumerism that drives contemporary societies. They are the prism through which are redirected or translated the individual and collective desires that help to buttress capitalist systems of production. Merchandise, which defines the structure of this culture, provides avenues for examining the issues, symbols, and realities that arise from it.

From this perspective, the tensions among preciousness, craftmanship, and commercialization are simultaneously dissected and reconstructed. By taking a critical point of view toward ethnographic or exoticizing approaches, this component emphasizes, by means of the image, a diversity of voices that recognize the essential role of alterity in reflections on the present. More specifically, various narratives both enable the construction of plural identities and address the question of specificity in a globalized context.

Many elements in the world of objects serve as extensions of the human body. Some of these are created in a scientific framework to simulate vital functions, whereas others consist of physical modifications for aesthetic purposes. Following this logic, the body becomes object and the object becomes body: we are witnessing the commercialization of anatomical properties—and of people—as well as the vitalization of the material. Far from being inert, the object thus acquires a performative potential.

The effects of patriarchy, colonialism, and capitalism have, for their part, subjugated natural and cultural diversity to the dynamics of authority and processes of otherization, turning the Other into an object of study, even of consumption. In some contexts of cultural violence, women are treated as objects, be it of desire or of commercial exploitation. In the visual arts, the thingification of bodies derives largely from sculpture and monument practices. The glorification of physical beauty and anatomical perfection and the attendant cultural and political idolatry contribute to establishing norms that transform a being into an object. On the other hand, art endows things with the power of action.

Acknowledging these complexities, this component explores the humanized object and the thingified being—the natural and the artificial made permeable. A critical look is offered at representation of the body—particularly the female body—in history, dwelling on clichés and stereotypes that cannot be ignored. An updated conception of female sensuality and sexuality, the outcome of many reappropriations of power, is highlighted here.

The Absurd as Counter-Narrative of the Object

The Dada and Surrealist movements favoured a poetic, dreamlike, and absurd approach to the object in order to explore new ways of apprehending the real. The brutality of the First World War dismayed a generation of artists, which led to the emergence of modes of representation that foiled reality. Many Surrealist artists, following no rational logic, appropriated objects onto which they grafted fabricated, strange narratives.

Through the prism of the absurd, fiction becomes a field for negotiating the real, gaining a credibility that problematizes accepted notions of reality. Objects are diverted from their meaning in order to probe the weight of the real; codes are deconstructed and contradictions emerge to disrupt beliefs and restore a capacity for wonder in contemporary societies that have been anaesthetized by stereotypes and labels that dictate what they must be. Staging and theatricality become recurring strategies for destabilizing the established order and suggesting a plural relationship with reality. Employing parody and humour, they generate irrational yet enchanting images and narratives that ultimately reveal a need for liberation.

This component makes visible the tenuous interstice between the absurd and the real. The strange, even grotesque experience of reality is investigated by means of imagination and fiction, two spaces or vectors that give rise to other types of engagement and resistance.

Still Life in an Age of Environmental Crisis

As a pictorial genre, still life appeared in the seventeenth century, mainly in Protestant countries where religious representations were generally forbidden. In countries with a Catholic tradition, still life takes on a mystical connotation in which opulence is juxtaposed with the transience of life; referred to as vanitas (vanity), it denotes a metaphorical representation of death. Not only does this genre engage reflection on the way artists today represent everyday life and organize objects, it also enables a political consideration of the excessive accumulation of goods in contemporary societies and of the environmental crisis—the death in “nature morte,” or the stilling of life.

The irrational supply that results from production and consumption models leads to an exponential increase in the circulation, accumulation, and elimination of objects. Whereas consumerist potentialities sometimes prevail over the individual, they systematically do so over the community. In this context, reuse would seem a healthy response to the issues of mass production that characterize a capitalist contemporaneity.

Broaching questions of seduction, artificiality, and reactivation, this component explores issues of death without opposing them to existence. The constructions and temporalities of things are here considered in a sardonic or comic style that questions the supposed neutrality of objects. The life of things is thus examined from a non-linear, recontextualizing perspective in which a critical space is articulated. 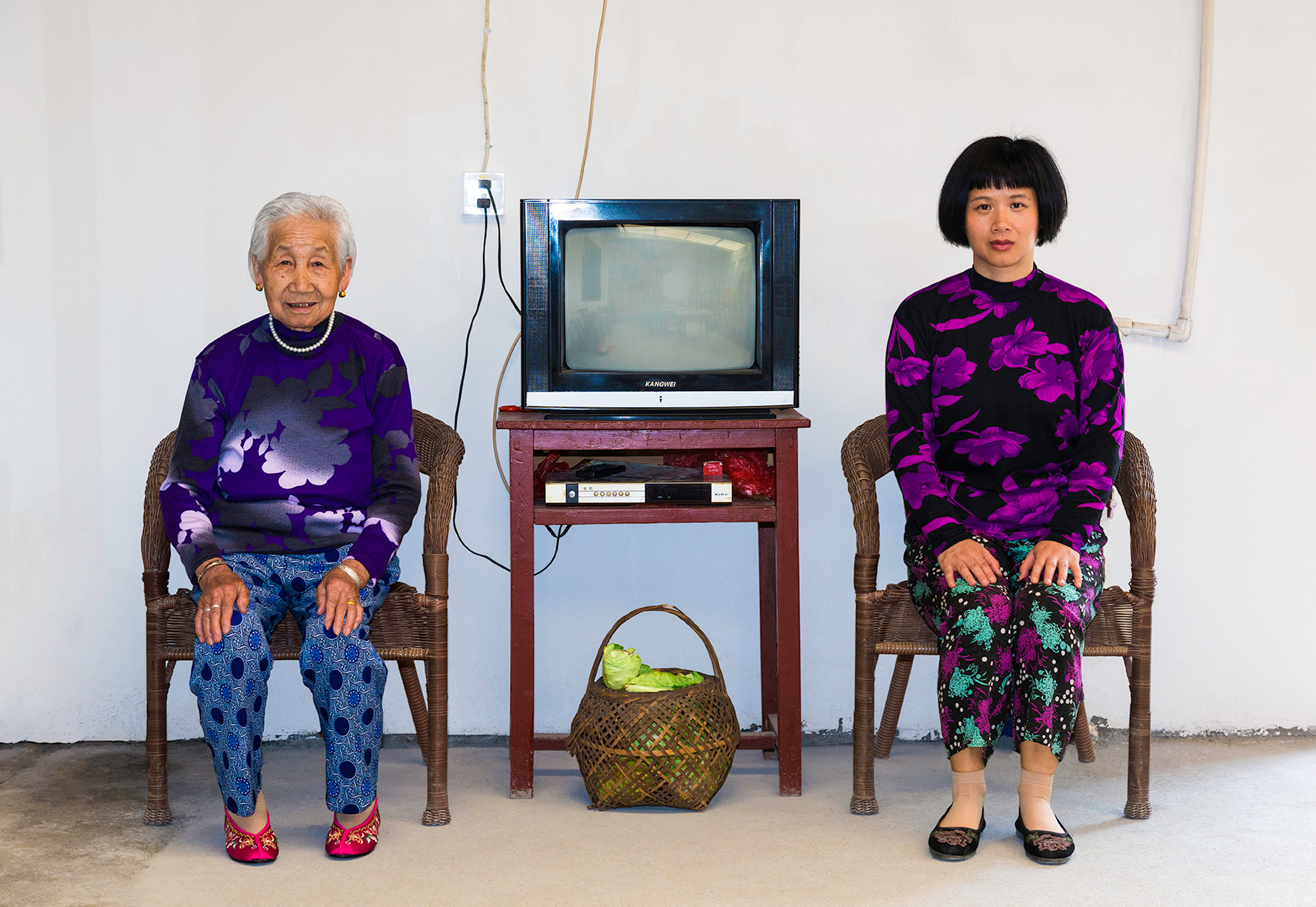 María Wills Londoño (Colombia) is an art researcher and curator. Her major exhibition projects offer reflections on the unstable condition of the contemporary image and alternative views of urban themes in Latin America. Among the exhibitions she has organized are Urbes Mutantes: Latin American Photography 1944—2013; Latin Fire: Otras fotographías de un continente; and Fernell Franco-Cali Clair-obscur, presented at the International Center of Photography in New York, Fondation Cartier pour l’art contemporain in Paris, Círculo de Bellas Artes in Madrid (PHotoESPAÑA), Centro de la Imagen in Mexico City, Museo la Tertulia in Cali, and the Museo de Arte del Banco de la República in Bogotá, among others; she was the temporary exhibition curator at the last institution from 2009 to 2014. She co-curated Pulsions urbaines, presented at Espace Van Gogh for Les Rencontres d’Arles 2017; Oscar Muñoz. Photographies, which toured to Jeu de Paume in Paris and Museo de Arte Latinoamericano de Buenos Aires from 2011 to 2013; and was co-artistic director of ARCO Colombia 2015 (fifteen exhibitions shown in art spaces and museums in Madrid). In 2018 she developed a research project to recontextualize the collection of the Museo de Arte Moderno de Bogotá to question the concept of modernity, concluding with the exhibition The Art of Disobedience. She founded the Visionarios program of the Instituto de Visión, to highlight important figures in Colombian conceptual art, and was director until 2018. In 2018 she published The Four Evangelists: Consolidation Process of Exhibition Curating in Colombia (Barcelona: Editorial Planeta).

Audrey Genois has been the executive director of MOMENTA | Biennale de l’image (formerly Le Mois de la Photo à Montréal) since 2016. She has been very active in national and international contemporary-art communities. For fifteen years she held the position of associate curator at Galerie de l’UQAM, where she coordinated over sixty exhibitions and twelve national and international touring shows. She has also edited and coordinated the production of forty publications on contemporary art. Her curatorial projects include the exhibitions Guillaume Simoneau. MURDER (Rencontre d’Arles); Expansion: Les 40 ans de l’UQAM (with Louise Déry); Videozoom: Between the Images (presented in twelve venues in Canada and abroad, with the curatorial collective La Fabrique d’expositions, of which she is a member); and Motion (in conjunction with HEAD—Genève and La Fabrique d’expositions). In 2007 she served as assistant curator for the exhibition David Altmejd: The Index, at the Venice Biennale (Canadian Pavilion).

Maude Johnson is an independent curator and writer who lives and works in Montréal. She holds an MA in art history from Concordia University and a BFA in art history from Université du Québec à Montréal. She is interested in the relationship among bodies, times, and spaces. In her explorations of performative and curatorial practices, she probes methodologies, mechanisms, and languages in interdisciplinary works. Her recent curating projects have been presented in the SIGHTINGS space of the Leonard & Bina Ellen Art Gallery (Montréal, 2016), at Artexte (Montréal, 2018), and at Critical Distance Centre for Curators (Toronto, 2018). Her writing has accompanied exhibition projects such as do it Montréal (Galerie de l’UQAM, 2016) and 150 ans | 150 œuvres : l’art au Canada comme acte d’histoire (Galerie de l’UQAM, 2018). A regular contributor to Espace art actuel and esse arts + opinions, she was the 2015 winner of the latter’s Young Critics Competition. She is the executive and curatorial assistant for MOMENTA | Biennale de l’image. 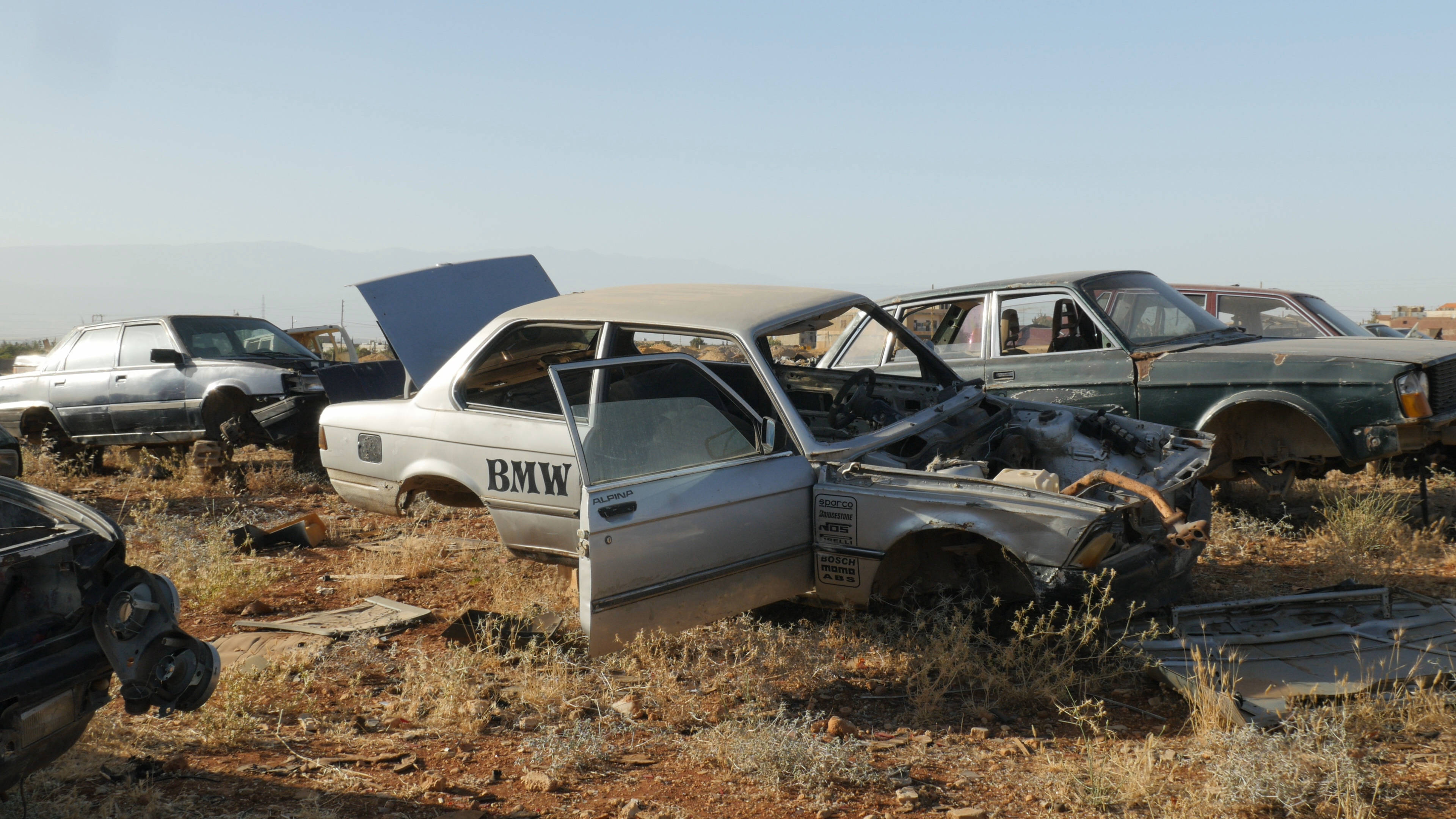